Return of the Chandler Travis Philharmonic 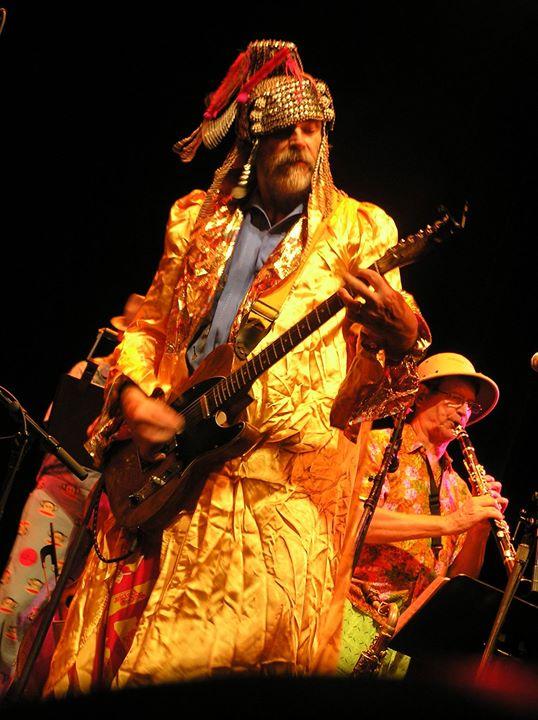 Chandler Travis Philharmonic has been called the best touring rock and roll band in the world by many intelligent and lucid individuals. They have agreed to perform a free concert at Musica 17 North 4th St. in Hudson NY on Sunday June 12 at 3 PM. There is no charge but donations for this series will be accepted and encouraged. For further information call 518-828-1045.

Chandler Travis Philharmonic has been compared to The Ringling Brothers, Sun Ra, Randy Newman, They Might be Giants, the Kinks and more – you get the picture…

Oh the places they have been

Not to mention Chatham @ The Peint O Gwrw where they have inspired otherwise prudent and sensible attendants to dance on the bar – or even @ PS21 in where the audience sat and watched. We will also mention Hudson and numerous
Musica/Chandler Travis occurrences involving tribal fusion dancers spinning and swaying amongst the henna artists, the old fashioned fried chicken and glamorous fire swallowing.
I am not making any of this up.

This will be a party of recovery from the Flag Day Revelries, a natural rock and roll balm for our Street of Fourth, for our little city of Hudson, for Columbia County, for the Northeastern United States, for every other country that is nowadays thinking we are kind weird in a not so healthy way.

On June 12, 2016 on the Patio at Musica featuring the Chandler Travis Philharmonic. You can walk, you can take the train from New York City from or Montreal. or amble up an alley or drive that car of yours – there’s bound to be a place to park it on a meter free Sunday in this fair city. If you have reasonable questions I will be happy to hear about them and maybe answer them if you call 518-828-1045