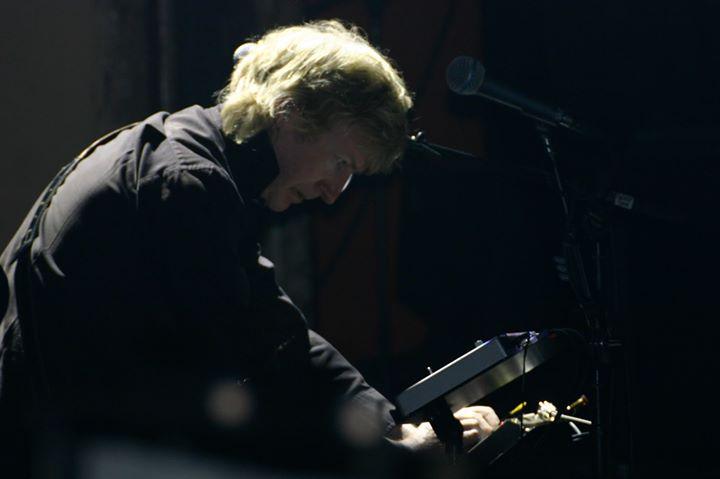 Spooky Ghost is the solo stage name of renowned guitarist, producer and songwriter, Gerry Leonard. Gerry has a history of creative collaborations with David Bowie, Suzanne Vega, Rufus Wainwright and many other top artists.

He Will play a set of his own haunting Spooky Ghost compositions and other songs with which he is associated at BSP Kingston, building layers of exquisite sound using loops and sonic textures. This is Gerry’s first solo gig in upstate NY

“Quite the most beautiful and moving pieces of work I have possessed in a long time.” – David Bowie on 2002’s The Light Machine by Spooky Ghost

Pamela ~ Sue Mann, Berklee College of Music graduate has performed as keyboardist with Arista artists “Real McCoy”. She has toured internationally as a solo artist as well. Mann is currently signed to Lux Revelry Recordings label and is in pre-production for her next solo album with Michael Tudor, Gerry Leonard,Yuval Lion, Byron Isaacs, Laurie Anderson, Cat Russell and Karel Holas. Mann’s first two albums were produced by Gerry Leonard. She is currently releasing her collaborative self produced “Revenant” album, mostly set to the music of David Carbonara, of the critically acclaimed Mad Men series. Her songs have been featured in film and television. Mann has sung backup for Suzanne Vega, sings with Spooky Ghost and writes with Donna Lewis in their project the Llewellyn Mix. Together they are currently working with dance choreographer Nina Buisson on a short dance film entitled Grainya: Grace on the Water. Pamela’s compositions will be featured by choreographer Laurie Ward of Octavia Cup at Byrdcliff Theater in July. Her ethereal art pop has given her the title “Diva in the Making” by MTV and her album L’eouf was called a masterpiece by Laurie Anderson.

Local chanteuse Sarah Perrotta is currently working on her fourth album of atmospheric rock, co-producing with Jerry Marotta at Dreamland Studio in Woodstock, NY. She has recorded with rock legends Tony Levin (bassist for Peter Gabriel) and Garth Hudson (organist for The Band). Perrotta has toured internationally with major acts including Guster and Jason Colette of Broken Social Scene. Her songs have been used for several independent films, rock climbing videos and NBC adventure sports episodes. Listen at soundcloud.com/perrotta.