The 2nd Annual Event in Honor of Uncle Jimmy Mack 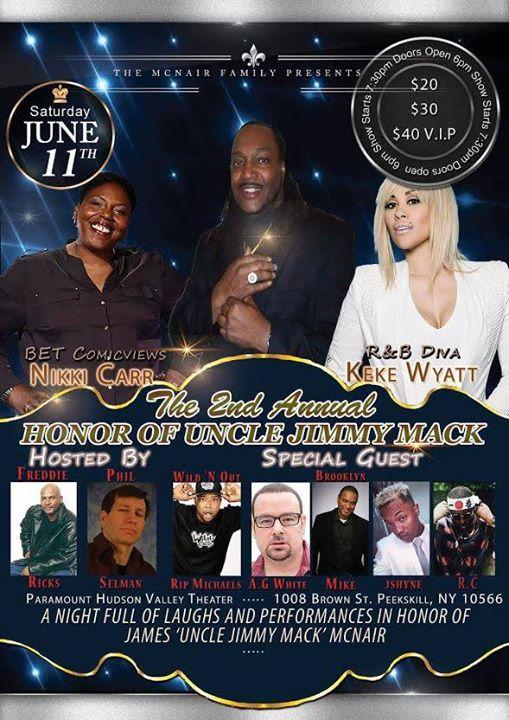 Celebrate the 2nd annual event in honor of Uncle Jimmy Mack Day, proclaimed a holiday by the state of New York and the city of Peekskill! After the tragic accident injuring his best friend and colleague Tracy Morgan and taking the life of James ” Uncle Jimmy Mack ” McNair, The McNair family continues the legacy of Uncle Jimmy Mack by bringing some of his closest friends and fellow comedians to the Paramount for an unforgettable night of fun, comedy, live music, special guests and other special performances.

All VIP ticket holders receive a VIP pass which gives you access to the exclusive cocktail hour held in the Paramount Art Gallery between 6pm-7pm and (1) one Jimmy Mack Memory Bag.

Friend of and influenced by Uncle Jimmy Mack / Comedian on MTV’s Wild N Out Seen on BET’s Comic View / Jamie foxx’s Laffaplooza Seen on Him + Her / P. Diddy’s: Bad Boys of Comedy / MTV2