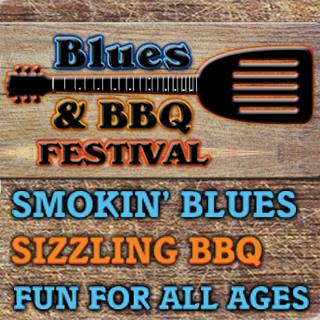 (September 12, 2016) – The annual Patterson Blues & BBQ Festival is back – and it is going to be BETTER than ever. Coming on its fifth year, this two day event is hosted by the Patterson Rotary Club.

The event is family-friendly and will literally offer something for everyone:

The music-lineup not only includes some of the most talented bands in the Hudson Valley, but several artists will be coming in from afar. According to Bill Flash, who not only has organized this amazing event, but is also a very active member of the community, including the Patterson Rotary Club and the Brewster Chamber of Commerce:

“For the past five years our festival has been attracting better and better musical acts. This year I finally have my “dream-team” of blues artists. People who really know music will tell you that there’s almost no reason to schlepp into the city and pay top dollar to see famous musicians. Because when those famous musicians are looking for the very best, they look to a lot of the same guys we’re having at the festival this year. I’m often blown away by the musical talent we have right in our own backyard.  And more and more of these amazingly talented neighbors have this event on their radar each year. I think it’s because we’re a home-town and family-friendly festival that helps so many people with the money we raise.”

FADE TO BLUES: Fade to Blues’ music combines elements of Classic Rock, Funk, Fusion, Country and Soul with Blues achieving a sound that bends and blends all these genres. It is at once recognizable, while sounding innovative and different. This sho’ ain’t your grandpa’s blues band! The band was originally formed just outside of NYC and is now located in Lake Placid, NY. 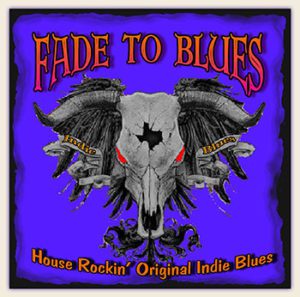 Their music boogies, shuffles, swings and burns with the incendiary guitar playing and vocals of BB Ready while bassist Dave Fischer and drummer Jay Lamica lay down infectious foot stomping grooves. Fade to Blues’ live show leaves the musicians and audience physically and emotionally drained. They “rock the house” to its foundation at every show. Check out the Fade To Blues website for links to their social media pages and music.

GUY’S NIGHT OUT: “I have seen the future, and its name is Guys Night Out!” 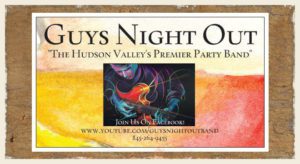 OK, maybe not, but these guys certainly have a handle on the past… music of the past, that is. The Guys Night Out Band is a local 4-member outfit with a combined 100+ years of gigging experience. This ‘Fab-Four’ were brought together in 2004 and have been getting together to make great music on a regular basis ever since. They each share a love of Classic Rock, Blues, and Motown, but they also offer unique individual strengths and interests that come together to create a magical music experience. They seamlessly flow from music by the Beatles… to the Stones… to the Byrds… to Clapton… to Stevie Ray… to BB King… to Buddy Guy… to the Temptations… to Wilson Pickett… get the picture? Check out their website, or links to their social media and music.

DYLAN DOYLE BAND: Dylan Doyle is creating a stir in the Hudson Valley as well as in pockets around the Nation. Born in the South to Yankee parents, he spent the first few years of his life living on a Tobacco farm in North Carolina. He was steeped in everything from Robert Johnson, Lightnin’ Hopkins, and John Lee Hooker to Townes Van Zandt, Bob Dylan and Jimi Hendrix. From this comes a Unique Musical Interpretation that lies somewhere within the Delta of Rock, Blues, and Funk. Attesting to his musical versatility, he is invited back to the King Biscuit Blues Festival in Helena, AR, one of the most prestigious in the Country, for the 3rd straight year, as well as this year’s Grateful Garcia Gathering where he will be closing Friday night following Melvin Seals with the Jerry Garcia Band. 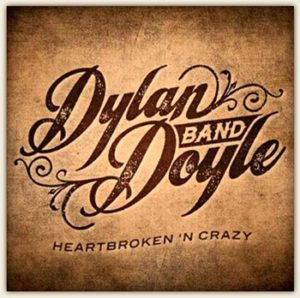 Dylan has been touring nationally since age 15. Rob Stoner, band director of Bob Dylan’s “Rolling Thunder Review” Tour and bass player on the “Desire” album as well as Don Clean’s “American Pie” mentored the young musician after it became apparent he had a gift. Rob says, “Dylan Doyle is the most prodigious student I have taught in my almost 60 years of teaching music. He has abundant natural ability.” Ben Cauley, sole band survivor of the Otis Redding plane said after playing with Dylan in Memphis, “Dylan sounds like a young Jimi Hendrix.”

Dylan’s current band features an all NY Blues Hall of fame Rhythm section of Vince Leggiere and Papa John Mole. Check out their website for links to their social media and music.

ARTHUR JAMES: It’s taken this great New Hampshire guitarist 25 years to do a solo acoustic release without his band, and it’s well worth the wait. Arthur wrote all the songs except for one and his m.o. is to play a ripping guitar intro to set the mood and the groove of the song and it really works well. Check out “Long Black Road” the traditional blues ballad, “Drownin’ On Dryland,” “Forgotten Youth,” the killer slide guitar, “Waiter There’s A Fly In My Soup,” and the closer “Life.” A great guitar riff sets the groove and then James’ incredible guitar playing takes over. I really dig the rock ’n’ roll chug chug feel of “Blues, Blues, Blues” and “Things Ain’t No Better.” Both are powerful. 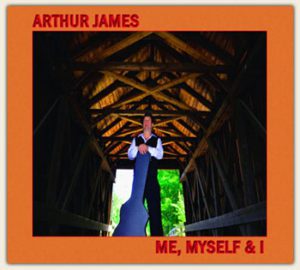 Arthur’s good voice is best heard on “Got Me A Woman,” a traditional blues ballad. His acoustic country guitar finger picking is really cool on the opener “292 Nashua Street,” an uptempo instrumental where James has a lot of fun showing off. An interesting cover of the ’60s public domain folk song “Kumbaya” is present where he changes it from a folk ballad to a country blues gem. You can hear the older influences of Son House, Robert Johnson and John Lee Hooker along with modern influences of Keb Mo and Eric Bibb. Aurthur James music has been called “Nouveau Retro” and I can’t argue with that. Give it a listen.   (A.J. Wachtel) Check out his website for links to his  social media and music.

MICHAEL GOLDEN AND THE OUTSIDERS: Michael Golden has been playing in Westchester and the Hudson Valley as a solo acoustic act since the age of 14. 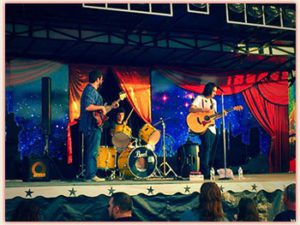 It wasn’t until 2014 when bassist, Zac Vanacoro, graduated from Berklee College of Music in Boston and moved back to his hometown that Michael began to share his music with other musicians. The two of them performed as a duo until early this year when Michael was introduced to pianist, Matt Vanacoro (esteemed educator, member of the Mark Wood Rock Orchestra). Along with Adam Accetta on the drums, the four of them make up Michael Golden & the Outsiders. Check out their website for additional information 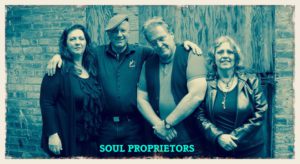 SARAH COLVIN: Renowned jazz and blues vocalist Sarah Colvin will perform at the “2016 Patterson Blues & BBQ Festival” on Sunday, September 18th for her first festival appearance in over a decade! Sarah grew up singing classical and gospel music in Jacksonville, Florida, and made her New York debut at Carnegie Hall at the age of 14. Sarah left home during high school in order to study opera at the University of North Carolina School of the Arts in Winston Salem, NC. She then continued on to the New England Conservatory of Music where she further enhanced her classical training. Leaning on her southern roots, Sarah ventured into the jazz and blues genres at the age of 20 and has performed globally, making regular early appearances at jazz and blues venues and festivals throughout the south. 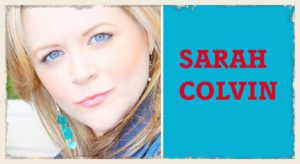 Sarah moved to New York City in 2006 where she booked a day job at one of Wall Street’s top hedge funds. Over the past decade Sarah has built an unplanned but successful career in business development for several top financial firms. By day, Sarah is the Managing Director of the Americas for a global financial technology company. In her off hours she runs a foundation called “Wall Street Unplugged” that raises money for children’s charities by hosting jam sessions for Wall Street musicians. Sarah has continued to perform, sitting-in from time to time, and making guest appearances with some of the finest musicians in the area.

Over the years, she has built an impressive and eclectic repertoire of jazz, blues, southern rock & roll, soul, and American folk music which she will be performing on our stage at 1pm on Sunday the 18th of September. Sarah will be supported by the amazing Tony T and his City Express Band. Prepare to be impressed! 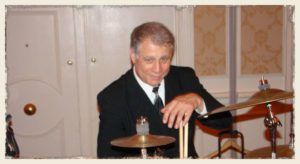 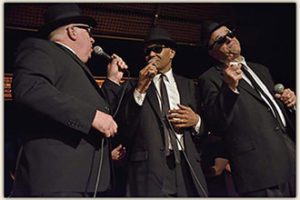 ABOUT THE ROTARY CLUB:

The Rotary Club is an International Organization with the mission of positive, lasting change in the communities and the world. The Club’s motto is “SERVICE ABOVE SELF“, and club members consist of people who work tirelessly with their clubs to solve some of our communities’ toughest challenges (including the eradication of polio). Their efforts are supported by Rotary International, the member association, and The Rotary Foundation, which turns generous donations into grants that fund the work of Rotary members and partners around the world. Rotary is led by the members—responsible community leaders who help to carry forward the organization’s mission and values in their elected roles. 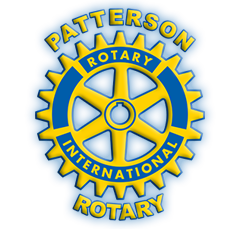 The Rotary Club exists in most communities (including Patterson and Brewster). If you are interested in learning more about the Rotary Club, CLICK HERE.

The Rotary Club of Patterson will donate all of the proceeds from the Blues & BBQ Festival to a variety of important LOCAL charities to help the following: veterans, homeless, food pantries, education and scholarships, animal welfare, and more.

Festival listings details are as follows:

So, bring your blanket or chairs, but leave the picnic basket at home because there will be plenty of great food and beverage on hand. If you are age 21+, please don’t forget your photo ID if you plan to purchase alcohol. 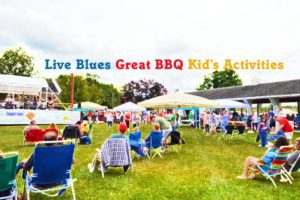