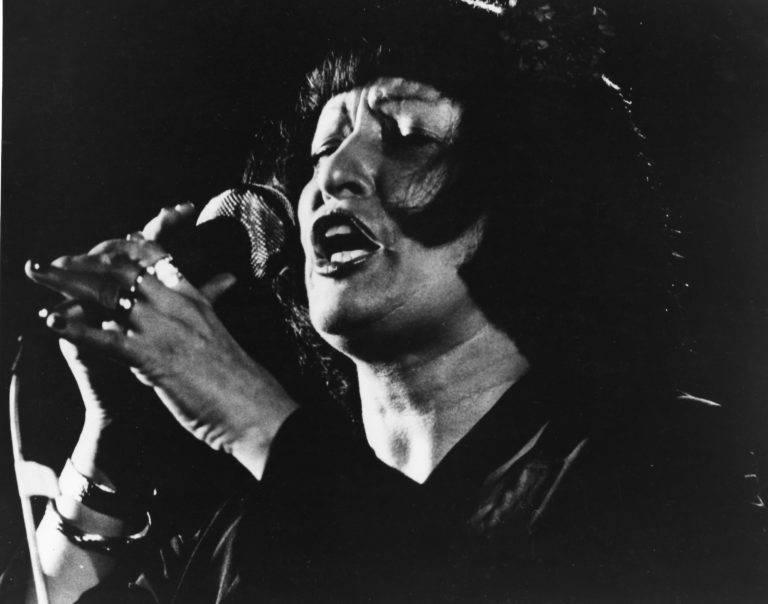 “I see this festival as a rare opportunity both to raise regional jazz awareness as well as to reward loyal jazz fans with a first-rate presentation”, says Donelian. “We are extremely proud to grace this beautiful venue with an exceptional lineup of world-class performers. Sit back and enjoy this cross-section of today’s amazing jazz talent, from emerging artists to established jazz masters.”

The festival kicks off with international flair on Friday evening, February 16, 2018 with the entrancing sounds of The Ara Dinkjian Quartet, an instrumental collaboration rooted in Turkish, Armenian and Macedonian Roma music headed by world-renowned oud player Ara Dinkjian and featuring award-winning clarinetist Ismail Lumanovski. Armen Donelian opens for the quartet with a solo piano set of Armenian-inspired romances from his Sunnyside EP, Sayat-Nova: Songs Of My Ancestors.

Students are invited to a multi-generational hands-on jazz improvisation workshop on Sunday morning at 11am taught by pianist Armen Donelian and saxophonist Marc Mommaas, co-founders of Hudson Jazzworks. The festival then comes to a fiery close at 3pm with the wild and spontaneous Quarteto Moderno. Infusing Brazilian samba with contemporary jazz and chamber music, the quartet is led by guitarist and musicologist, Richard Boukas, and features clarinetist Lucas Pino, bassist Gustavo Amarante, and drummer Muricio Zottarelli.

Hudson Hall is located at 327 Warren Street, Hudson, NY. Tickets start at $25, with festival Weekend Passes available for $90, which includes priority entry and seating to every performance and event. Online ticket purchases can be made at hudsonhall.org, or by calling (518) 822-1438.

SOUNDS FROM THE SILK ROAD
Friday, February 16 at 7pm
Tickets: $25

A king of the keys performs the ‘King of Songs’. “A pianist with a crystalline touch” (the New York Times), Armen Donelian delves into his roots with his “beautifully elusive” (Downbeat) arrangements of poetic works by the 18th century Armenian troubadour Sayat-Nova, whose name means ‘King of Songs’ in Persian. A professor for 32 years at the New School College of the Performing Arts, 2002 Fulbright Scholar and a widely-read author, Donelian has performed alongside jazz greats like Sonny Rollins, Chet Baker and Lionel Hampton and is the curator of the inaugural Hudson Jazz Festival.

Not bound by a single tradition, The Ara Dinkjian Quartet encompasses the dance beat of the Balkans alongside elements of jazz, rock and classical music. Composed of four extraordinary musicians, the quartet features “brilliant and fearless…clarinetist” (the New York Times) Ismail Lumanovski, keyboard player Pablo Vergara, percussionist Engin Gunaydin and leader Ara Dinkjian, one of the world’s top oud players and founder of the groundbreaking instrumental groups Night Ark and The Secret Trio.

For lovers of jazz piano, a rare chance to hear three great soloists in one afternoon. 2018 National Endowment for the Arts Jazz Masters Award winner, JoAnne Brackeen is widely considered one of the “most celebrated jazz pianists of all time” (the Boston Globe), while Aaron Goldberg has made his name as one of jazz’s most compelling young pianists with his “quick witted harmonic reflexes, fluid command of line and cut-to-the-chase sense of narrative logic,” both as a bandleader and collaborator with the likes of Wynton Marsalis, Joshua Redman, Kurt Rosenwinkel and Guillermo Klein. Also joining this afternoon of unadulterated jazz piano immersion is young pianist/composer James Francies (24 Seven Artist Development), whose inquisitive mind, synesthesia (the ability to hear in colors) and distinct melodic styling has seen him tour internationally with Jeff “Tain” Watts, Chris Dave and Drumhedz and appear with The Roots, Nas, Jadakiss, and Raekwon (Wu Tang Clan) during the 2015 NBA All-Star Weekend.

Thomas Chapin was described by the New York Times as “one of the more exuberant saxophonists and bandleaders… one of the few to exist in both the worlds of the ‘downtown’ experimentalist scene and mainstream jazz.” Already a virtuoso, Chapin was nearing the pinnacle of his meteoric rise when leukemia claimed him at the age of 40 in 1998. This award-winning documentary draws an intimate portrait of this musical explorer who challenged stylistic boundaries and dissolved distinctions between sound and music. Director Stephanie Castillo will be in attendance.

The legendary Charlie Parker often introduced vocalist Sheila Jordan as “the singer with the million dollar ears” – and she’s got a priceless voice to match. Like Billie Holiday, Jordan’s voice resembles a saxophone improvising on a melody, highlighted by her unique bebop and scat jazz singing style that has earned her praise as “[o]ne of the most consistently creative of all jazz singers” (Scott Yanow). Raised in poverty in Pennsylvania’s coal-mining country, Jordan began singing as a child and by the time she was in her early teens she was working professionally in Detroit clubs. She moved to New York City in the 1950s, but it wasn’t until the 1960s that she made her first recordings, including The Outer View with George Russell, which featured a famous 10-minute version of You Are my Sunshine. She “reigns indisputably as mellow mistress of any jazz club she visits” (Downbeat) and has been honored by the National Endowment for the Arts as a 2012 NEA Jazz Master. Jordan is followed by the “impossibly versatile” (the New York Times Magazine) vocalist, composer, lyricist and instrumental arranger, Dominique Eade. Signed to RCA in 1996, Eade recorded two critically acclaimed albums with RCA, When the Wind Was Cool with Benny Golson, Fred Hersch, James Genus, Matt Wilson, and many others, and The Long Way Home with Dave Holland and Victor Lewis. She later released an album of duets, Open, in the fall of 2006. Jordan is accompanied by bassist Cameron Brown, and Eade is joined on stage by pianist and 2018 HJF curator, Armen Donelian.

Join Hudson Jazzworks co-founders pianist Armen Donelian (HJF curator) and saxophonist Marc Mommaas for a free hands-on immersion in jazz improvisation and composition based on the curriculum and methods of the annual Hudson Jazz Workshop. Donelian and Mommaas offer a supportive and focused atmosphere conducive to intensive study and mutual encouragement. Students will participate in individual and group instruction in a jam session format with two of today’s leading practitioners of duo playing. This workshop is open to all musicians of middle school age or higher. Intermediate playing and reading ability recommended. Registration required. Visit husonhall.org for more information and to register.

Led by multi-faceted guitarist, vocalist, composer, educator, musicologist and four-time NEA Jazz Performance Fellow Richard Boukas, Quarteto Moderno synergizes traditional Brazilian genres like samba and baião with a rich melodic and harmonic vocabulary drawn from contemporary jazz and chamber music. This innovative group offers fiery, spontaneous interactions driven by daring improvisations and perpetual rhythmic explorations. Their debut album, Live! Ao Vivo!, was recorded at The New School for the Performing Arts where Boukas has taught since 1995 and showcases ten of his compositions, each a tribute to a legendary Brazilian musician. Lucas Pino is a virtuoso of the saxophone, clarinet and bass clarinet, whose recordings include Yellow Flower With Snail (Port Fenix), and No Net Nonet (Origin). A Brazilian native, bassist Gustavo Amarente quickly established himself in the US as first-call sideman for icons like Gato Barbieri, Toninho Horta, Duduka Da Fonseca and Hendrik Meurkens, and performs at major venues including Kennedy Center for the Performing Arts and Carnegie Hall. Brazilian drummer Mauricio Zottarelli completes the quartet, and is the drummer of choice for Eliane Elias, Paquito D’Rivera, Ivan Lins and other stars.

ABOUT HUDSON HALL
Hudson Hall is a cultural beacon in the Hudson Valley, offering a dynamic year-round schedule of music, theater, dance, literature, workshops for youth and adults, as well as family progra
ms and large-scale community events such as Winter Walk. Located in a historic landmark that houses New York State’s oldest surviving theater, Hudson Hall underwent a full restoration and reopened to the public in April 2017 for the first time in over 55 years. The newly restored Hudson Hall reflects Hudson’s rich history in a modern facility that welcomes residents and visitors from throughout our local community, across the nation, and around the globe.