May 14, 2016 – On Sunday, May 29, 2016, French jazz harmonica player and composer Yvonnick Prene presents his new album “Breathe” at The Falcon. Along with seasoned band mates, Prene will perform both originals and jazz standards.

Composer and educator Prene has bec 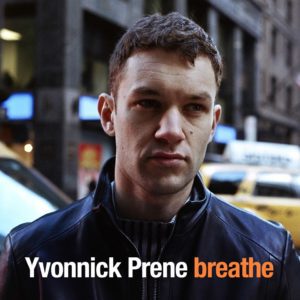 ome one of the rising stars in the harmonica world and an in-demand sideman. He has recorded four albums as a leader and collaborated with jazz artists, Kevin Hays, Pedrito Martinez, Mike Moreno, Peter Bernstein, Jon Cowherd, Cyrille Aimee, and Steve Cardenas, among others.

Educated at the Sorbonne in Paris, with a Masters degree in Music, he was awarded scholarships to Columbia University and The New School where he studied with Reggie Workman, Lee Konitz and John Patitucci. Prene began his professional jazz career, signing with the Danish label SteepleChase Records and recorded “Jourde Fete” his debut album.

What people are saying:

“The most beautiful music I have heard on harmonica”-Lee Konitz

“Yvonnick Prene is skilled and talented ….there is a depth to him that calls to the depths within the listener. It is no wonder that he is in such demand.” Travis Rogers Jr, JazzTimes