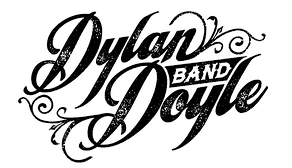 Dylan Doyle is creating a stir in the Hudson Valley as well as in pockets around the Nation.  Born in the South to Yankee parents, he spent the first few years of his life living on a Tobacco farm in North Carolina.   He was steeped in everything from Robert Johnson, Lightnin’ Hopkins, and John Lee Hooker to Townes Van Zandt, Bob Dylan and Jimi Hendrix.

From this comes a Unique Musical Interpretation that lies somewhere within the Delta of Rock, Blues, and Funk.  Attesting to his musical versatility, he is invited back to the King Biscuit Blues Festival in Helena, AR, one of the most prestigious in the Country, for the 3rd straight year, as well as this year’s Grateful Garcia Gathering where he will be closing Friday night following Melvin Seals with the Jerry Garcia Band.

Dylan has been touring Nationally since age 15.  Rob Stoner, band director of Bob Dylan’s “Rolling Thunder Review” Tour and bass player on the “Desire” album as well as Don clean’s  “American Pie” mentored the young musician after it became apparent he had a gift.  Rob says, “Dylan Doyle is the most prodigious student I have taught in my almost 60 years of teaching music.  He has abundant natural ability.”  Ben Cauley, sole band survivor of the Otis Redding plane said after playing with Dylan in Memphis, “Dylan sounds like a young Jimi Hendrix.”

“As we say in the the south, ‘this boy boy has the real goods’.”

Butch Dener – Manager of ‘The Band’