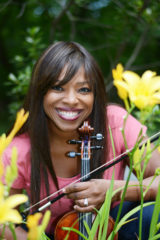 E’lissa Jones is a beautiful singer, prolific songwriter, violinist, pianist, and guitarist. She is an exceptionally talented artist with a wide range that includes a dark and melancholy voice with a velvety quality. Her songs embrace audiences with her powerful melodies and expressive lyrics. Influential styling ranges from folk music to rock, in her catalogue of over 250 original songs.

This young artist has performed background vocals from 2001 to 2006 with blues legend Wilson Pickett, touring with Ray Charles, Al Green, and many more. E’lissa, in her folk music realm has also opened up for legends Pete Seeger and Steve Forbert, and has played violin for old favorites like Bobby Vee.