Five In The Chamber 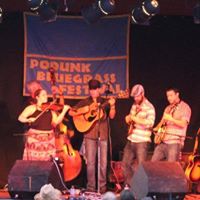 Formed in 2011, the band has spent the last several years building a catalog of original catalog that showcase the group’s strong vocals, musicianship, and passion for genre busting. The band released their debut album in the Fall of 2013 entitled Live in the Chamber to rave reviews and is currently working on a new EP.