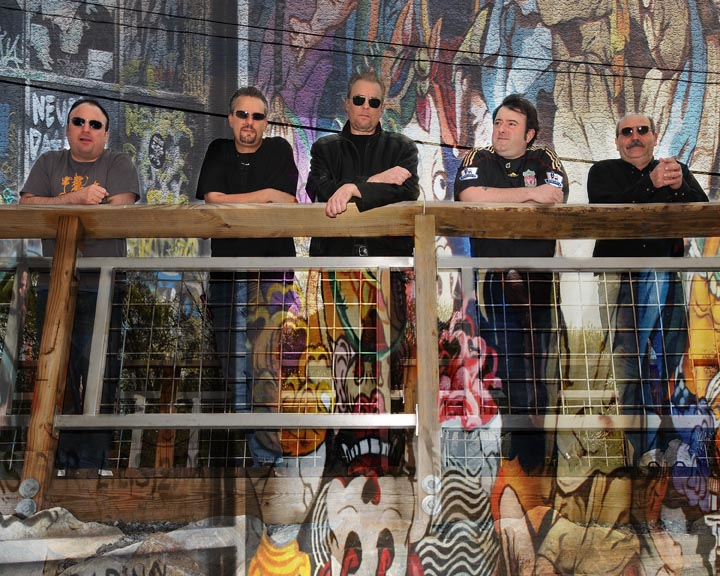 The Lords of Hawthorne (TLoH) was formed in 2007 by Jim and Ray, formerly of such early 2000’s bands like Circuit Breaker and Dirty Sanchez.

Deciding to start a new project from scratch, they first enlisted Chris, an old friend of Jim’s from back in the day, to handle the singing duties. Already a huge star on the Westchester karaoke circuit, Chris was very eager to join such an exciting band!

Awesome twist of fate 1: After Ray, Chris and Jim came up empty looking for the perfect bass player, Jim discovers that one of his good friends from his new job in Hastings is actually an experienced bass player. After a quick tryout, the usually critical Ray dubs John “the best bass player I’ve ever played with!” A four-piece band is formed and a rehearsal date is set

Awesome twist of fate 2: Five days before our first practice, Jim receives a myspace message from Sal, his best friend from high school who he hadn’t heard from in 10 years. They learned to play guitar together over 20 years ago, and played in their first band together, ICU (1990-1991). One of Sal’s first questions was to ask Jim if he wanted to start a band…Jim invited him to that Sunday’s practice…and the rest is history!

The band consists of two guys from Yonkers and two guys from Hastings…but the drummer lives in Hawthorne, and he’s the guy with the studio in his basement…so they are, and always will be….The Lords of Hawthorne!