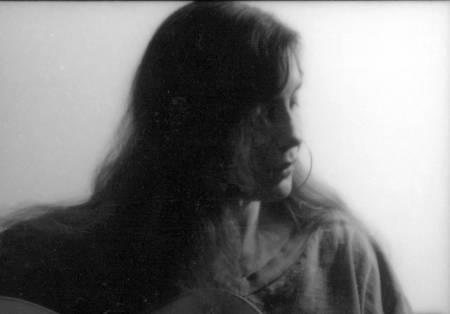 With a voice that has been likened to Joni Mitchell, Rickie Lee Jones, the late Eva Cassidy, and Shawn Colvin, Marji Zintz is a solo vocalist/arranger/acoustic guitarist who is known for her sweet voice; heart-felt, soulful interpretations; spot-on intonation; extensive, genre-busting repertoire; and masterful guitar playing.

Marji’s passion for music was ignited by her dad, who was always singing; he had a beautiful, smokey voice and excellent taste in music. Marji recalls many nights washing and drying dishes, and many long road trips, singing song after song after song with her dad and her sister ~ usually in 3-part harmony.

Marji picked up the guitar because there happened to be one in the house. An older cousin had given the guitar to her brother, and there it sat, along with a Peter, Paul & Mary songbook. One day, acting on a hunch as to what those little chord diagrams might mean, she tested out her hunch on the guitar and found the key to unlock the instrument. She was hooked. Aside from a couple of sessions with the “Mayor of Greenwich Village,” Dave Van Ronk, Marji is entirely self-taught. Marji also enjoyed the benefit of a few sessions with jazz vocalists Janet Lawson and Jay Clayton, and has been influenced by Joni Mitchell, Sheila Jordan, Billie Holiday, Tony Bennett, the Beatles, Betty Carter, Eddie Jefferson, Chet Baker and Lambert, Hendricks & Ross, to name a few.

Most of her performing career has been as a solo interpreter, crossing in and out through a few different genres, but she has also performed and recorded duets (voice and double bass) and larger ensembles in the jazz and folk genres. Marji has also worked in collaboration with improvisational vocalists in a mostly a capella recording and performance project called Sister Sound and currently is also currently one third of the trio GaiaWolf, performing original “music for the planet.”

In addition to performing the original works of several of her close friends who are internationally acclaimed, very gifted songwriters, including Michael Fracasso and Eric Wood, and more regionally known artists such as Jim Lord, Jim Kunkel, and EC Lorick, Marji interprets and covers a wide range of material crossing into several genres, from folk to rock to jazz, including Tom Waits, Jobim, the Red Hot Chili Peppers. Her songbook is as extensive as it is diverse, allowing her to perform easily for five hours without repeating herself.