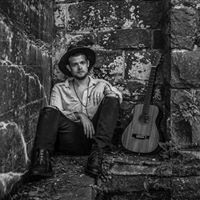 A prolific and dynamic songwriter from NJ, mixing traditional singer/songwriter style with an indie/ diy punk spirit and flare. Merging influences from traditional irish folk, punk/diy/indie, rock and blues, Soni pleases a wide audience and is similar to artists like Bob Dylan, Connor Oberst, Ray LaMontagne, The White Stripes, The New Basement Tapes, Mumford And Sons, The Shins, and The Band. After performing in bands for over 10 years, Soni decided to branch off on his own as a singer/songwriter.

Soni has a staunch do it yourself attitude, and uses his skills as a multi-instrumentalist, sound engineer, and web programmer to accomplish a lot on his own. His self performed and produced Safety Tapes series keeps his fans engaged with the bleeding edge of his abundant song catalog.

Addicted to performing, you can find him jamming with other local musicians at open mic nights around NJ at least one night each week.
He also is a showcased performer playing fan favorites, or traditional Irish Pub songs.

While just a man with a guitar, the energy in Rich Soni’s performance is powerful and fun. His performance grabs the rooms attention and leaves them craving more. He is well known as a friendly, courageous, and reliable performer by both fans and peers.