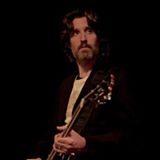 “One of the best guitarists in the country… danceable soul grooves that support a lyrical journey.” -Larry Flick, Billboard Magazine

“Well crafted grooves with a lot of soul…Scott Sharrard is one of the best blue eyed soul singers we’ve heard in years.” -Dusty Groove America (dustygrooves.com)

“Imagine the Soulful, Funky, Rock of Prince and Lenny Kravitz combined with the confessional ballads of Coldplay and fused with the virtuosic guitar styles of Jimi Hendrix or Eric Clapton, and you’ll start to understand the sonic landscape that is the music of Scott Sharrard.” -Putnam County News, NY

“One of the best young guitar players to come out in years.” -The Paper

“Sharrard is the next Eric Clapton or Mike Bloomfield.” -Indianapolis Star Tribune

“I don’t know which genre I love him more-blues, rock, soul or pop…he sounds an accomplished star in any of them. Scott Sharrard is one of those few who remind us there’s only one “genre”- the Music.” _
-Paul Bondarovski, Midnight Special Blues Radio

“Scott Sharrard, guitarist for Gregg Allman’s band is not only that, he is also an excellent songwriter and singer, in a genre that a little out of the expectations, not southern rock, but more soul, a lot of soul .. and blues….he combines his strong soulful voice with delicious guitar with a strong bluesy slant” -Rootstime

“…he offers the songs with power and conviction. His guitar playing, much like his voice, is fluid and soulful, encompassing Cropper, Hendrix, and BB King. In fact, fans of King’s Indianola Mississippi Seeds era will find a lot to love about the Scott Sharrard Band.”
-Brandon Findlay, Jambands.com 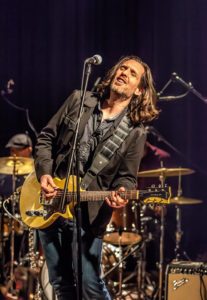 Born in Michigan and raised throughout the Midwestern “Rust Belt”, Scott Sharrard began his career in music when his family settled in Milwaukee, Wisconsin in the early ‘90’s. Scott spent his teenage years attending Milwaukee’s prestigious High School of The Arts by day while spending his nights playing in clubs and touring with local blues legends like Stokes, Willie Higgins and Harvey Scales and with such international blues and jazz luminaries as Buddy Miles, Melvin Rhyne, and Clyde Stubblefield.

After rising to the top of the local circuit and at the tender age of 19, Scott and his band The Chesterfields moved to New York City with their innovative sound rooted in classic Soul, Blues, and Rock. The band flourished in New York, powered by Scotts lead vocals, guitar work, and original compositions. They recorded and released 3 albums, toured nationally, and received support and encouragement from people like Ahmet Ertegun, Russ Titlemen, Rob Thomas, and Dr. John. The Chesterfields broke up in 2003 and Scott finally went solo, releasing 2 albums to critical acclaim and touring and showcasing in NYC and L.A. He recorded and released his newest solo album “Ante Up” in 2008 and continues to tour and showcase with his live band.

As a sideman and guitarist, Scott is currently best known for his work as a member of The Gregg Allman Band. He has also performed with such artists as: The Allman Brothers, Levon Helm, Amy Helm, Jaimoe’s Jasssz Band, Jennifer Johns, Marshall Crenshaw, Kelley Hunt, Katy Pfaffl, Brian Charette, and Jay Collins & The Kings County Band.