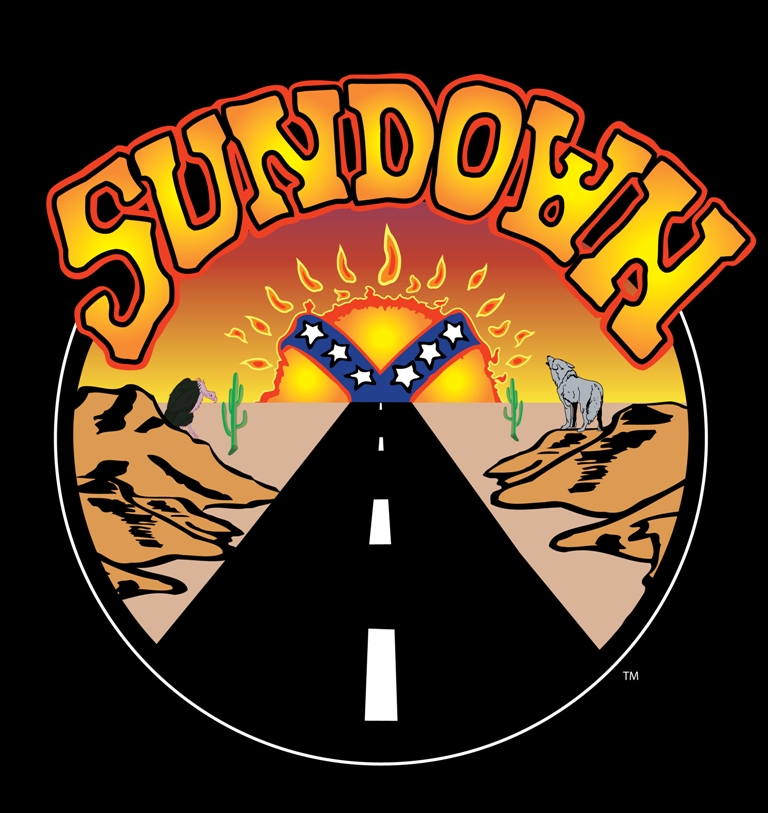 The SUNDOWN Band has been performing their brand of southern rock and roll cover and tribute shows since 1976. Each and everytime the band has been reviewed, the response is the basically the same: “You will be hard pressed to find another band that performs with the talent, passion, and intensity that these guys bring to the stage everynight.” WPDH 101.5 FM

“… one of the best bands out there …” – More Sugar Magazine

If even just a few years of playing music you love is a reason to smile, then Ronnie Pauls, founding member and lead guitarist of Westchester, NY’s well known southern rock band, SUNDOWN, must be grinning from ear to ear. He’s been performing his brand of southern rock music for an unbelievable 35 years !

After the bands inception in 1976, SUNDOWN started playing high school dances and college keg parties all over the Westchester area. Realizing their love and commitment to southern rock and blues, they finally hit the local club scene in June of 1980. The band played such legendary Westchester clubs like The Fore N’ Aft (North and South), The Crazy Horse Saloon (where they meet with long time friends Vincent Pastore of “The Sopranos” fame, and Matt and Kevin Dillon, Bottoms Up, Ben Dovers, the original Lone Star Cafe in New York City, and the “New Rochelle North Ave Strip” of IONA college bars like Characters, Striders, Gary’s, and The Beachmont. The band also donated their time to many benefits and charities. They rocked their hearts out to packed rooms for the next few years. Soon they were working four nights a week and had started to build a legion of fans that still come to see them today. Many “life long” fans now bring their teenage kids to experience the band perform their style of classic southern rock tunes.

Through the 80’s, SUNDOWN was faced with personnel changes until 1989 when they opened for The Outlaws with their tightest act to that date, which now included guitarist Steve Mitchell. After another few years, the band switched the rhythm section and recruited Fred Andreassi on bass. They continued to work for another few years when, due to outside commitments, another personnel change was made. Drummer Keith “Bam Bam” Michaels was recruited in 1998 to add the final piece. This current lineup is The SUNDOWN Band’s best yet. These local “southern” New York talents play their hearts out and perform their own rendition of classic Southern Rock tunes in the local club circuit every weekend.

One of the highest complements ever paid to the band came from a music industry executive with Lynyrd Skynyrd. After listening to a live CD of SUNDOWN, he sent the following email to the band: “It is nice to FINALLY hear a band “PLAYING” Southern Rock and not obsessed with “COPYING” Southern Rock. 99% of the bands who play these songs are so damn obsessed with copying the songs note for damn note that they lose fact of what it is they are doing. They sound stiff and there is no “LIFE” in the music they are trying so hard to copy. The musicians in SUNDOWN obviously are ENJOYING playing the songs and are not just covering the songs, but are PLAYING them and it shows.”

The SUNDOWN Band performs unique renditions of southern rock classics from bands such as Lynyrd Skynyrd, The Allman Brothers, The Outlaws, Marshall Tucker, Molly Hatchet and more. The level of showmanship is a treat to see. The highlight of their shows are the duel guitar talents of Ronnie and Steve, which leaves audiences in awe.