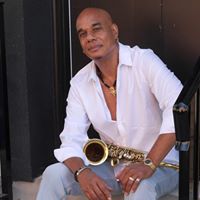 In 2007 T.K. Blue released his 8th CD as a leader entitled “Follow the North Star”, which received rave reviews and critical acclaim. He received a commission from the NYSCA and Transart Inc. to compose a piece of music dedicated to the early African-American presence in the Hudson Valley area of upstate New York. T.K. chose to write a suite based on the life of Solomon Northup and his book Twelve Years a Slave. This book was made into a film by Steve McQueen (Brad Pitt productions) and won the Oscar for best picture in 2013.

“Mr. Blue takes us on a wordless but yet richly satisfying journey through Northup’s life, from his ancestry to his return to his family, making all of the painful, harrowing, and joyous stops in between….I found the music to be most compelling when listened to from beginning to end, like a symphonic movement…”–Curtis Davenport, Jazz Improv NYC July 2008.

In 2004 T.K. Blue had the extreme pleasure and privilege of joining The Jazz Expressions, which was the backup band for NEA JAZZ MASTER and vocal legend Little Jimmy Scott. Blue worked with Jimmy for close to 10 years until his passing. They made several tours and recordings.

After several years as an adjunct professor at Suffolk Community College and Montclair State University, T.K. Blue became a fulltime professor and director of jazz studies at Long Island University-LIU-Post 2007 to 2014.

T.K. Blue was part of an historic photo session in Paris, France called “A Great Day in Paris”,
which featured close to sixty musicians from the USA who resided there. While residing in Paris Blue made his first recording as a leader entitled “Egyptian Oasis”. This recording sparked several state department tours in eastern, western, and northern Africa. These tours in Africa were extremely spiritual and deep-rooted in a cultural awareness. Blue was very fortunate to experience first-hand many cultures and various styles of traditional African music. T.K. is deeply indebted to various organizations such as Jazzmobile, Jazz-interactions, the Henry Street Settlement, and the Muse, for his jazz studies and performances. Despite his busy schedule, T.K. has found time to teach and mentor budding musicians. He has taught music education and performance on the pre-k level straight up to the university and graduate level. His passion for music and teaching is evident in his personal expression.

2010 was a stellar year for the career of Professor Blue. His LIU- Post Jazz Ensemble performed at the world-famous jazz venue in NYC called the Iridium. Then later on in the summer they performed four concerts in the south of France as part of the international jazz festival Juan les Pins-Antibe. T.K. also performed at Dizzy’s Coca Cola Club and the Iridium with his professional band and he recorded his 9th CD as a leader called Latin Bird, which was released on Motema Records in March 2011. T.K. Blue is featured in the new Auto-Biography by Randy Weston called African Rhythms and he was an associate producer for Randy’s latest CD called The Storyteller, released in November 2010 on Motema Records.

T.K. Blue took his group to Dakar, Senegal in December 2010 to perform as part of the 3rd International Black Arts Festival.

T.K. Blue released his 9th CD entitled Latin Bird on Motema Music in 2011 to rave reviews. This CD made it into the top 10. A short documentary video produced by Brian Grady on the making of Latin Bird was nominated for best jazz video by the jazz journalist association. Here are some extracts of what critics said about Latin Bird:
—Here’s a Latin jazz record with an abundance of sizzle and invention—Nick Bewsey for Icon…4 stars
—Latin Bird is one of the best kinds of “tributes”-inspired and doesn’t smother its subject with pious “veneration”. Blue and company actually say something constructive, passionate, and fun with their inspiration and influences.—Mark Keresman for Jazz Inside April 2011

Professor Blue had many performances scheduled in 2012, including a tour to Oman in the Middle
East, where he performed in the Royal Opera House of Muscat. He also produced the first “Jazz Day” on the LIU-Post campus. This event featured 5 area high school jazz ensembles and 1 community college jazz ensemble. The master clinicians were Blue, Rufus Reid, Arturo O’Farrill, Earl Williams, and Steve Turre. The culmination of this event was an evening concert with Grammy award winner Herbie Hancock. Due to the over-whelming success of this event, Blue went on to stage two additional Jazz Day Events at LIU-Post with additional internationally acclaimed adjudicators.

T.K. Blue and his “Latin Bird” band was one of the headliners for a festival in dedication to the Harlem Jazz Shrines in NYC during May of 2012. He performed with his band this summer at the world-famous Dizzy’s Club Coca Cola at Jazz at Lincoln Center and with NEA Jazz Master Pianist Randy Weston at the Clifford Brown Jazz Fest in Wilmington, Delaware. T.K. Blue also joined vocal legend and NEA Jazz Master Jimmy Scott at Harlem’s newest music venue The Red Rooster in June.

In 2013, Mr. Blue composed music for his 10th CD as a leader entitled “A Warm Embrace” It was released on the BluJazz Record label in January 2014, followed by performances in the Tri-State area as well as Maryland.

T.K. and Dr. Jennifer Miceli, Dept Chair, toured Costa Rica with the LIU-Post instrumental jazz combos and vocal jazz last May 21st to the 28th. T.K. Blue performed “Latin Bird” for the Tribeca Performing Arts Center on Friday May 3rd as part of their Lost Jazz Shrine Series. T.K. had performances throughout the summer of 2013 in Trinidad and Tobago, The LIU Alumni Association in NYC, Baltimore, M.D., Freeport, N.Y., Birland Jazz Club in NYC, Belgium, France, and the Kitano Jazz Club in NYC.

During the month of May and June, T.K. Blue toured in France and Holland, performing selections
from “A Warm Embrace”. Back in the USA he played at the world famous Birdland in NYC and Artscape
in Baltimore. He also performed with Randy Weston at the Detroit Jazz Festival in August 2014

As of September 2014, Professor T.K. Blue is no longer on the music faculty at LIU-Post. Currently Professor Blue is composing and arranging music for his 11th recording as a leader. He is also concentrating on performance, adjudication, clinics/workshops, and private students. In October 2014, Blue organized a co-led band with a South African vocalist. The group is called The Kuumba Collective and they made their maiden performance at the world-famous Dizzy’s Club Coca Cola in NYC. This performance was part of the Ubuntu Festival produced by Carnegie Hall. T.K. also performed with Dr. Randy Weston in a tribute to jazz master trombonist/arranger Melba Liston at the Manhattan School of Music. Professor Blue also shared the stage with Dr. Weston in a tribute to James Reese Europe at NYU’s Skirball Hall. T.K. arranged the music for this suite composed by Dr. Weston in dedication to Mr. Europe and the 369th Infantry called the Harlem Hellfighter’s. In April 2015, T.K. Blue was part of a special tribute to Dr. Weston on his 89th birthday at the Jazz Standard in NYC. Mr. Blue will performed with his band as part of Jazzmobile’s summer concert series on July 10, 2015 at Marcus Garvey Park.

In the summer and fall of 2016, T.K. Blue is currently in the post-production phase of hi 11th CD as a leader entitled “Amour”, which was recorded in May and June. He led his band in recent performances at the Riverview Jazz Festival; a live DVD recording for Jazz Encounters; An Die Musik in Baltimore; adjudicator for a high school band competition in Princeton, N.J.; Bard College Fisher Center with Uhadi (a group from South Africa); concert with Senegalese vocalist Cheikh Lo; performance and symposium at the Schomburg Museum in Harlem on the opera Yardbird; lecture/demonstration about his suite Follow The North Star for Teaching The Hudson Valley; and a concert at Medgar Evers College for the Jazzy Jazz Series dedication to Max Roach.

T.K. Blue signed a new recording contract with Dot Time Records and his new CD “Amour” will be released May 12, 2017.