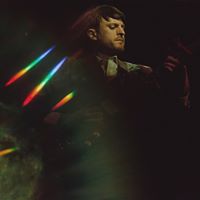 The Shivers is the moniker for the New York singer-songwriter Keith Zarriello. In 2004, Zarriello released the album Charades featuring the song Beauty, bringing the band to the attention of the music media. Over the last decade the band has amassed a growing cult following including the likes of Aaron Paul, Daniel Radcliffe, Rose McIver, Tessa Thompson and bands like Deer Tick and Foster the People.

“Certain songs can seem like home the very first time you hear them. The way that by the time you reach the second verse, you want to move in and live between their walls, you want to kiss them until they agree to marry you. I had that very day been gifted such a track – a song named Beauty, which appeared on the Shivers’ debut album Charades